I have come to terms with this and have openly accepted it as a new classification of Zombie.
The Rage Zombie was one born of pure, unchecked, rage, and anger. Made famous in the movie “28 Days Later”, the Rage Zombie was induced by a chemical reaction of sorts created in a lab. Imagine taking away all of your pleasures, the joy of holding someone’s hand, the pleasure of a gentile caress on the cheek, the familiar scent of a flower, the satisfying taste of your favorite food, the embrace of a loved one. Have all of that stripped away from you, leaving behind only resentment and extreme anger.
This is the basis of the Rage Zombie. All the Rage Zombie knows is hunger. Family, gone. Day to day routine, gone. Recognition, gone. The need to feast violently on anything is all that is left. 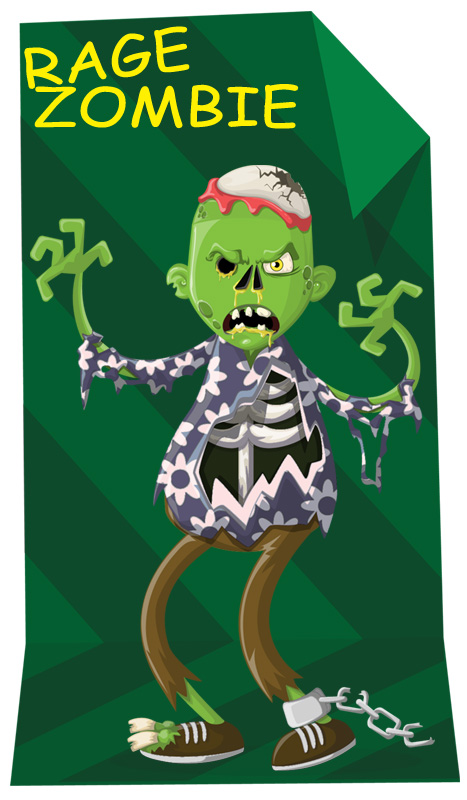 For a long time, I, personally, refused to accept that the Rage Zombie was a real classification of Zombie. However, After a few years of considering the characteristics, I will be the first to admit that I now welcome them into the realm of Classic Zombie lore.

Afterall, what is a zombie? A creature that has the need to consume, driven on regardless of reason, they have the need to consume. The Rage Zombie is no different. I realize that now. They are able to spread their “disease” through contact just like any other zombie. However, therein lies one of the biggest differences.

In all other Zombie cases, regardless of type (save for the Voodoo Zombie), their “condition” is passed on by a bite or fluid transfer. The Rage Zombie does the same thing, HOWEVER… Other “future” zombies actually die before they rise again to search for “food”. The Rage Zombie is instantaneous. In same cases a simple drop of blood, less than a gram, can convert a healthy human into a Rage Zombie in as little as 5 seconds.

The other “feature” of the Rage Zombie is it’s speed. These guys can move fast! I’m not talking that they can stumble quickly, I’m talking running! These guys have more stamina than a marathon runner, and can chase you down until you collapse from being too tired!

The Rage Zombie is definitely a more modern take on the traditional term of “Zombie”, but a zombie it is none-the-less.